The project consists in a mediation proposition, a group of elements added to the actual museography of the museum and a mediator that assists the visit. In a provocative and relaxed way, the main goal of this mediation is to propose a review of what the Roman Imperium time could have been in Irun. This has been done suggesting parallelisms with the imperialist figure of today’s USA. The proposition wants to generate questions in the public. The added dispositives to the main museography, that at first could seem out of place, will provoke questions to the main speech to the visitors. The mediators won’t have the usual guide rol, they will accompany the groups and will take part to help the visitors verbalize the questions and reflections that will come along the visit. The idea is to get the public familiar with a questioning process that will also help to get deep in the work of the archeologists with the help of the mediator. During and specially at the end of the visit, we encourage the visitor to express him/herself with “grafitis” on the glass or in a WhatsApp group created for the visit. The goal is to create an exchange about the speech and the parallelisms with the museum and other visitors.

The user scenario is made from four main elements: a Monty Python video, images added in the glass of the showcases and other museographic elements, and the insertion of of other elements, the human mediation and the chance of expressing themselves with the graffitis in the glasses.

In the first floor of the museum, the public will face an image of the tweet of Dominas J. Trvmpvs “Make Oiasso great again”. This provocative image puts in parallel the two imperiums: today’s United States and the roman Imperium. Then, in a video of Monty Python about what the romans have done for us (https://www.youtube.com/watch?v=WYU5SAQwc4I ), it puts the visitor in a controversial speech about the Roman Imperium.

In the following rooms, close to the actual museography, some elements from the US contemporary culture will be included. In the glasses of the showcases, we will stick images of contemporary with the same uses:

The functions of the mediator will be:

Through the visit, we cheer the public to express with the graffitis in the glasses, creating a space for discussion like an roman agora in the museum. 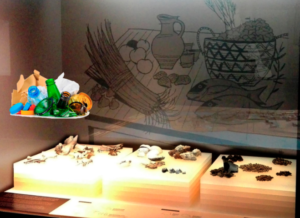 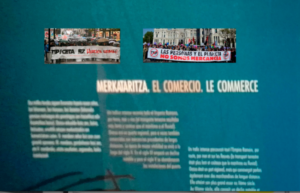 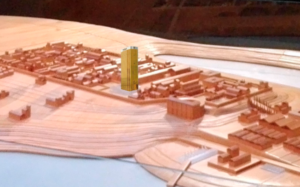 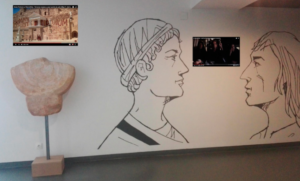 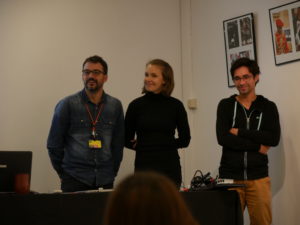