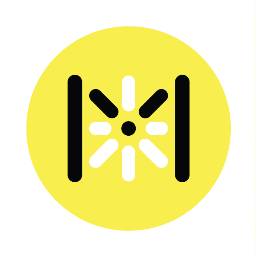 The Museum’s room with the old TV’s inspired us for our project. We want to give the life back to these TV’s, that are unfortunately lifeless. Our idea, is to transport the visitor in time, to give him/her a historical context, and give them the possibility to see themselves inside an old TV.

Our group was formed around a first project, “the talking object”. Basically, our first idea was to give a voice to the objects, to make them talk to the visitor. Not only talk, but interact with him as well. But the task seemed a little complicated, and we hit a wall. So there was only one thing left to do… brainstorm. What about a keeping the link between the object and the visitor? That was our line of conduct. So we decided, in order to get some inspiration, to go inside the Museum, and start from there. That’s when we came across the TV room.
Half of the day had already gone by, and we still didn’t have a definite idea about what to work on. After a lot of brainstorming, again, we came up with the idea of “Time travel”, transporting the visitor in the past. We wanted to give the possibility to the visitor, to become a TV anchor of the 50’s, 60’s or 70’s, and relive a famous event of the past. We first thought to build an actual closed cabin, but dismissed it. Too heavy.
So we came up with a more “airy” kind of display. The iPad would simply lie one its fix base, we would create a frame (in the back of the visitor) in order to recreate a setting, and the visitor would be free to film himself or herself with the scenery in the back. Then he/she would take the iPad from its base, take it to the next room, and discover him or herself on an old screen, through the iPad.
GOOD NIGHT
Messengers out
Zzzzzzz

On the second day we started off by brainstorming on some general stuff, the concept, the time frame that we want to use for the decor, etc. After doing that, we first went to the TV room, in order to really see what we could actually build on site.
Our first idea, was to build a fix base for the iPad, in front of the visitor. But then we realized that it took up too much space, and that the other visitors would hardly be able to walk around the prototype. So then we thought about putting the whole prototype inside the TV room, which would have been the best option. But unfortunately impossible as well, since there is not enough room, and we cannot imagine hiding or disturbing the actual scenography.
So we got back to the idea of using the immediate outside area to place our prototype. The only difference, that gains us a lot of space, is that we decided to move the iPad base to the side of the metal panel. In that case, people would have to take the iPad and film themselves, at arms length, or have someone else (family member, friend or a random person) film them.

The first technical work’s been done today!
Tomorrow, the rest will follow.

Third and last day of the weekend! We are really excited to start building stuff.
It’s also a very short day, because we have to finish the prototypes before 16:00…
But a nice challenge.
We accomplished a lot of content until today, but it’s now time to start building. So we took all the furniture (all ready and prepared by the carpenter and the builder of the team) upstairs to the TV rooms. The app was more or less ready, but our “coder” was working on it full time. The cutting of the wood was ready really quick, so once we had the framed objects we wanted cut on wood, everything went fast. So once everything was ready, we started to stick the title, and the instructions on the furniture, which took a while, because difficult to unstick. But everything went well. The most challenging part of today, was to finish in time. Nevertheless, WE FINISHED!!!